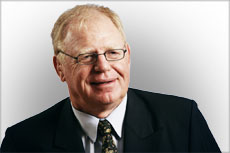 After graduating from Cambridge in 1967 with joint degrees in Natural Sciences and Economics I joined IBM (the Google/Facebook of the 1960s) as a systems programmer.  After two years I resigned and joined two start-ups.  Both crashed into bankruptcy within 9 months of starting.  My CV was a mess and needed repairing and I still had no idea what career path to pursue.

So I decide to do a two-year full time MBA at the London Business School starting in 1971.  I was very fortunate in that my tutor was Charles Handy, who became a leading management guru during the 1990s.  In 1992 he was the only non-American among 5 management gurus asked to contribute an article to the 75th Anniversary Edition of the Harvard Business Review.

I had been offered a position with McKinseys head office in New York after being flown twice there for interviews.  To my amazement Charles told me to turn it down.  Instead he said believed he had just discovered the secret to career success which was to be good at 1-on-1 meetings and the best way to achieve that was to become a sales person.

I followed his advice, emigrated to Sydney in October 1973 to become a salesperson with ICL Australia.  I then learnt what I think is the most practical people-profiling system ever developed: the Humm-Wadsworth.  It was a moment of epiphany; deep down people are not the same.  I used it very successfully in my career and wrote two books on how to use it a salesperson and as a leader & manager.  That is the second secret to career success.  If you cannot become a salesperson learn a people profiling technique that is trait based, scientifically valid and practical.

After working in venture capital for 25 years I retired to play golf and bridge in 2007.  As a side-hustle in my retirement I started to run workshops and do coaching in “practical” emotional intelligence.  I ended up improving the base technology and rebranding it to the 7MTF or Seven Motivational Temperament Factors.

He was the Executive Chairman of Nanyang Ventures (1995-2006), which was the fund manager for Nanyang Australia I & II and the Nanyang Innovation Fund with over $140 million of institutional private equity funds.  He is one of the few people in Australia who have successfully grown companies that have made significant capital gains for their owners including DKS (MD 1989-91), GMD Group, IPL Datron, Scitec (Chairman 1994-2000) , Neverfail SpringWater (Chairman 1990-95) and VeCommerce (Chairman 2000-2006).   He has been a director of some 30 public and VC backed private companies.

Previously he had worked since late 1981 in the Australian financial services industry. He first worked at Bankers Trust to start the Financial Services division. He was responsible for the launch of the BT Hi-Yield and BT Split Trusts and saw funds under management in this division grow to more than $500 million. He then successfully raised $10 million for the MIC, BT Innovation Limited which was 30% over subscribed. This awakened his interest in the fledgling Australian venture capital industry.

Prior to joining BT Australia Mr Golis worked in the information services industry. He started with IBM in 1967 as a Systems Engineer and progressed to Computer Project Manager with KLM. Mr Golis migrated to Australia in 1973 where he worked for ICL, GEC, and TNT progressing from Salesperson to Divisional General Manager. The largest profit centre he managed employed over 300 people and had sales over of $30 million.

Mr Golis’s first degree was from Cambridge (Sidney Sussex College) where he graduated in 1967 with joint honours’ degree in Natural Sciences (Chemistry and Experimental Psychology)  and Economics.  In 1973 he completed (with distinction) the two year Masters program at the London Business School.  Mr Golis was awarded the Sydney Stock Exchange Prize in 1983 for the best performance in the Diploma Course of the Securities Institute of Australia.

Mr Golis is a Fellow of the Institute of Management and Leaders and was a Fellow of the Australian Institute of Company Directors. He was a member of the NSW SIA Council 1985-99 and was a  Senior Fellow of that organisation.  He was a director of the Australian Venture Capital Association 1999-2005.  He was the President of the Cambridge Society of NSW for seven years (2008-15).  His book Enterprise and Venture Capital – A Business Builders’ and Investors’ Handbook (Allen & Unwin, fifth edition June 2009) has become the handbook of the Australian Venture Capital industry. McGraw Hill published the latest version of his book Empathy Selling—New Sales Techniques for the 21st Century in November 1995 and a new edition was recently republished in March 2009.  His third book, The Humm Handbook: Lifting Your Level of Emotional Intelligence was released in June 2007.

Based on his books, Chris has developed seminars and training courses on people skills for technical managers, salespeople and leaders.  Since 1990 he has trained some 5,000 people.  Among his clients are the Australian Venture Capital Association, Citicorp Asia, Euromoney Institute of Finance, IIR, Islamic Development Bank, National Science & Technology Board, Singapore, New York Institute of Finance, PricewaterhouseCoopers, Securities Institute of Australia, Securities Institute of Malaysia, the Singapore Venture Capital Association, and Terrapin.  Chris is available for training and public speaking.

A$25 Introduction to Practical Emotional Intelligence: The 7MTF This course introduces you to the seven 7MFT components and teaches you TOPDOG to recognise the dominant EQ components in another person in 60 seconds.  It comprises 10 lessons and takes 5 hours to complete.

A$50 Practical Emotional Intelligence for Salespeople This course takes you through the various selling steps and provides you with a number of practical tips to gain emotional commitment from your prospects and clients.  It comprises 8 lessons and takes 8 hours to complete.  Participants learn how to dramatically improve their selling skills using emotional intelligence.

A$75 Practical Emotional Intelligence for Leaders and Managers.

This course will provide you with a practical methodology to lift your emotional intelligence which is increasingly being recognised as the key skill in becoming a successful leader and manager.  It comprises 8 lessons and takes 8 hours to complete.

If you want to hire Chris Golis as a speaker or trainer or have a question contact him at cgolis@emotionalintelligencecourse.com or on +61-418-222219.