How mindfulness can blunt your feelings and spike anxiety 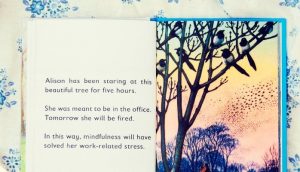 Like many websites BBC.com is publishing its best stories of 2021.  It led off with this one by David Robson first published 5 February:

Stress, anxiety, productivity: mindfulness is often touted as a solution to nearly everything. But research shows that you can actually take meditation too far.

The paper focuses on two well-known meditation strategies: mindful breathing, in which you focus on the feelings of respiration, and the body scan, in which you pass your attention from head to toe, noting any physical sensations that arise in the course of the session.

Among the findings that Robson lists are the following:

Probably the most interesting comment was that one researcher, Willoughby Britton (an assistant professor in psychiatry and human behaviour at Brown University), has even founded a non-profit organisation, Cheetah House, that offers support to ‘meditators in distress’.  In 2020, over 20,000 people made contact.  When you think of the panic over AZ vaccine in Australia when there were 75 confirmed blood clot cases from 10.8 million doses you start to develop perspective.

I must confess that I am not a big fan of mindfulness as these two blogs demonstrate:

Is Mindfulness A Panacea Or Overhyped And Potentially Problematic?

Much of this is because of my temperament; my Artist and Doublechecker are my two weakest components.  Also I see mindfulness as a not very useful tool for stage II of emotional intelligence: self-management.  Far more useful is to know what are your “hot buttons”: behaviours in other people that particularly irritate you.  You should also know what are the habits for self-development you should follow according to your dominant temperament components.  These are topics I cover in my courses.