How to deal with a Passive-Aggressive colleague 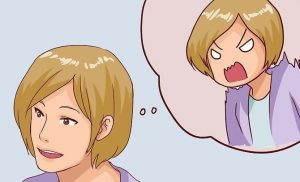 I was sent an interesting one-minute video the other day which features British Leadership Consultant William Montgomery: How to deal with a Passive-Aggressive colleague.

In the video Montgomery uses the example where a manager is assigning tasks to employees to complete a project.  Subsequently one employee refuses to do his or her tasks delaying the project and causing frustration.

People with a high Artist component are passively stubborn.  You think you have reached an agreement with them when they say nothing but later when they do nothing you realise actions speak louder than words.  Artists beat to a different drum to the rest of us.  This quote by George Bernard Shaw sums them up perfectly: “The reasonable man adapts himself to the world: the unreasonable one persists in trying to adapt the world to himself. Therefore, all progress depends on the unreasonable man.”

So looking at the three suggestions of Montgomery what can we add?

Give feedback describing how you are feeling.

I would add two caveats.  First of all give the feedback in a one-on-one meeting, never in a group meeting.  Secondly, if you can, use a visual aid or draw a picture.  Artists have good visual imaginations and react favourably to pictures and videos.

Focus on the work not the person.

This advice would apply to all seven components but particularly to Artists.  They are sensitive to criticism and will take personal comment poorly.  On the other hand because they are such individuals it is useful to repeat such nostrums as “A champion team will always beat a team of champions.”

Ask for commitment from each of the team members during the team meeting using peer pressure.

I am not so sure about this third principle.  I think the secret of dealing with Artists is to appeal to their imagination.  The classic example of teamwork in action is the Rowing Eight.  Ask the Artist to visualise what would happen to a Rowing Eight is one of the rowers refused to follow instructions from the cox.  It would be worse than catching a crab.

As someone who has rowed in the May Bumps on the Cam and won an oar, I can testify to the fear of catching a crab.

This blog was first published on LinkedIn on 10 September 2018.