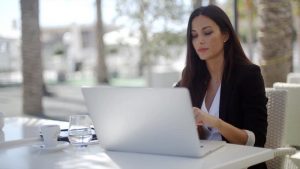 A simple query to Google “How to lift your intelligence?” generated 5 million results suggesting how if you are motivated you can lift your IQ.   However I recently came across this blog Smart or determined? Examining the influence of motivation on IQ test performance.   In 2011 by Angela Duckworth (of Grit fame) and her colleagues published a meta-analysis that suggested that motivation distorts IQ test performance, thereby challenging the validity of IQ tests as a pure measure of ability and saying you can lift your IQ.  However a recent experiment by Gilles Gignac at the University of Western Australia disputes this hypothesis.

Gignac recruited 99 undergrads and asked them to complete various intelligence tests.   He split the tests in half so that the participants completed two very similar testing sessions in succession: one without any financial incentive and one with the chance to win $75 if they were among the top 10 per cent of performers (some participants did the session with this incentive first, others did it second). After each session, the participants completed a survey about how much effort they had put in and how important they thought the tests were.

Crucially, however, this effect on effort did not translate into any difference in performance. Participants’ actual performance on all the various tests was the same across both sessions, suggesting that the financial incentive failed to boost their results.

This is rather a blow to the self-help industry specialising in lifting your IQ.  I must confess I have always considered IQ to be genetically determined.  I used to profile all my employees and one who did the identical tests twenty years earlier showed me how the result varied by less than 1%.

However one of the great advantages of emotional intelligence is that you can lift it.  There is a genetic component to EQ and that is your temperament.  If you have a scientifically valid model of temperament such as the 7MTF-Humm that is a huge advantage in lifting your EQ.

On the other hand when Goleman first produced his definition of Emotional Intelligence in 1995 he included motivation as one of five components, the others being self-awareness, self-control, empathy and social skills.  Over time motivation fell off the list.

This blog was first posted on LinkedIn 18 March 2018