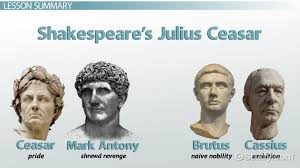 (Sorry about the spelling)

Recently I was interviewed (face-to-face) by Andy McLean who is the editor of Leadership Matters, the quarterly magazine produced by the Institute of Management and Leaders (IML). I happen to be a Fellow of the IML and Andy regularly interviews the more senior members of the IML to generate copy. During the interview I gave Andy a copy of The Humm Handbook: Lifting Your Level of Emotional Intelligence secretly hoping to get a plug in the article. To my amazement, he looked at the table of contents and suddenly blurted out, “Crikey, you have written about Shakespeare.”

It turns out that Andy was born in Stratford-on-Avon, and he also provides copy for the Bell Shakespeare Company. I explained that in the early 1970s I did a two-year MBA at the London Business School and one elective I did was The Art of Decision Making conceived by my tutor, Charles Handy. Instead of looking at business case studies, each week we read a classic play and discuss its leadership lessons. Charles argued that while organisations come and go, classic plays live forever. In my book I took Charles’ idea one step further in The Humm Handbook by using the 7MTF/Humm to profile the core emotional drives of the characters in the various plays.

It turns out we are both Shakespeare fanatics. Andy has written an interesting blog about Five Leadership Lessons of Shakespeare that you can read here. We overlap on two of Shakespeare’s plays: Julius Caesar and King Lear, and even draw similar lessons.

In case you don’t think Shakespeare does not have relevance in our times, think about the lesson we both discuss in Julius Caesar. Accord to Andy, Julius Caesar begins to think his decision making is infallible and stops taking time to consult with stakeholders. In my book, I say that Julius Caesar suffered from tunnel vision, and lost the habit of asking himself if he knows all he needs to know.

I was at a function shortly after the Turnbull coup removing Tony Abbot as Prime Minister in September 2015. Phillip Ruddock, the doyen of the House of Representatives was there, and I asked him what he thought of the coup. His answer was telling, “At least I can meet with Turnbull.” Immediately I realised why Abbott was disposed. He failed to keep regular contact with the Liberal Members of Parliament. He allowed his staff to cut him of off from regular contact. I have been told by British colleagues that Thatcher made the same mistake.

Where I think Shakespeare particularly excels is in his portrayals of the corporate psychopaths. Edmund in King Lear, Cassius in Julius Caesar, Claudius in Hamlet are wonderful characterisations. What amazes me is the depth that Shakespeare achieves in the analysis and the consistent behavioural portrayal for each of the roles.

This blog was first posted on LinkedIn on 4 September 2019.