What Is The Secret Of Success In Life? 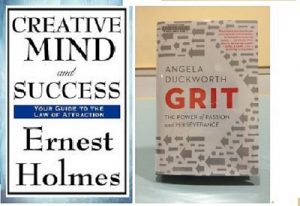 Here is the first Practical Emotional Intelligence Blog for 2018.  In September 2017 this blog appeared: Lets Dial Down The Hype About Grit New Paper Finds No Association With Creative Achievement.  The blog began by quoting Angela Duckworth who in 2007 originated the trait of “Grit” describing it as passion for a topic and perseverance in the face of difficulties.  Grit was promoted as the recipe for achievement as you can see in this video of a Duckworth TED Talk.  However recently researchers have become more critical the concept suggesting Grit gives surprisingly little insight into the world of creative success.  This would surprise most people as countless artistic professionals associate their success with a passion for their chosen art form, and describe the necessity of perseverance in the face of obstacles and discouragement.

In a study carried out by Magdalena Grohman at the University of Texas they gave participants three tests:

The researchers found that participants creative achievement scores correlated with their scores on the Big Five measure of Openness to Experience, but showed no significant relationship with either facet of grit.

It turns out that Duckworth defines passion primarily as a commitment to one thing at the expense of others.  Openness to Experience , as the name suggests, is all about becoming interested in new and different things.   Where Grit does correlate to a Big Five trait it is with Conscientiousness.

To the 7MTF/Humm practitioner none of this is a surprise.  The core EQ trait in the 7MTF model associated with creativity is the Artist.  People high in this component are driven by the desire to create and the underlying mental illness associated with the Artist component is autism.

You do get individuals who are strong in both components and if they are fortunate to also have high intelligence they have a good opportunity to become a Nobel winning scientist.  However the Artist-Engineer combination is not that common.

This article was first published on LinkedIn What Is The Secret Of Success In Life?