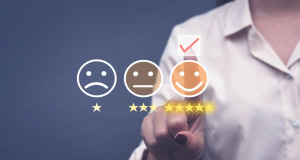 At the end of my last blog I put forward the hypothesis that the reason people are particularly committed to the first people profiling technique they learn is that in the learning process it is a moment of very high emotional epiphany.  For many people, including myself, it is a key “Ah-ha” moment in their life similar in emotionality to marriage and the birth of their children.

Several days later I then received corroboration in the form of this recent article from BPS Research Digest: Opinions Based On Feelings Are Surprisingly Stable.  The article describes the work of Matthew D. Rocklage from the University of Massachusetts Boston and Andrew Luttrell from Ball State University.  What the researchers were trying to find out is whether attitudes based on feelings are fixed or fleeting.  In their analysis the researchers quantified the degree to which an individual’s attitude or reaction is based on emotion (its emotionality), whether the reaction is positive or negative (its valence), and the extent of that positivity or negativity (its extremity).

The researchers did seven longitudinal studies with more than 20,000 individuals.  For example, one study looked all reviews for all restaurants in Chicago over a period of twelve years, looking only at reviewers who had posted more than one review of the same establishment. The team then analysed both the emotional valence of the reviews and measured any differences in the number of stars the reviewers gave the restaurants at each time point.

Researchers and practitioners, particularly those in marketing, want to create opinions that stick. Rocklage and Luttrell found that attitudes based more on emotion are relatively fixed. Whether participants evaluated brand-new Christmas gifts or one of 40 brands, the more emotional their opinion, the less it changed over time, particularly if it was positive. In a word-of-mouth linguistic analysis of 75,000 real-world online reviews, the researchers  found that the more emotional consumers are in their first review, the more that attitude persists when they express it again even years later. Finally, more emotion-evoking persuasive messages create attitudes that decay less over time, further establishing emotion’s causal effect.

As I said in my blog the first time you learn a people profiling technique you do think you have learned a “secret” of life which is very positive and continually reinforced as you start analysing your family and colleagues.  This is why the Big 3 (MBTI, DISC & NLP) are so pervasive despite their lack of practicality and scientific validity.

This blog was first published on LinkedIn on 21 April 2021