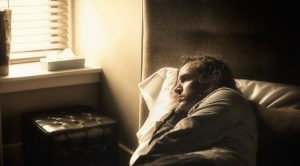 There was an interesting article recently that examined what personality traits affect how long you are likely to live. According to the article the key factor that mediates the personality-mortality link is sleep. People with certain personality characteristics are more likely to sleep too little, or too much, or to experience greater sleepiness during the day, and in turn this raises their year-on-year risk of dying. (too little or excess sleep, and poor-quality sleep, have known links with various health risks, such as cardiovascular disease, depression and chronic inflammation).

“Sleep has been associated with both personality and longevity, yet [before now] no study has investigated whether sleep is a pathway linking personality to objective health outcomes,” say the researchers, led by Shantel Spears at West Virginia University.

The researchers used data collected from thousands of participants as part of the long-running National Survey of Midlife Development in the United States, including information on their personality traits recorded in 1995-1996, and information on their sleep duration and sleep quality collected in 2004-2006. Nearly 4000 participants provided data at both these time points, and the researchers then used national records to see which of them had died and when, up to October, 2015.

As expected, based on the known importance of sleep to health, the research showed that too little or too much sleep was associated with increased risk of dying – approximately 65 minutes more than, or under, the average nightly sleep duration (7 hours in this sample) was associated with a 10 per cent increased risk of dying over the course of the study.

Turning to personality, and consistent with many prior studies, participants who scored lower on trait conscientiousness were more likely to die before the end of the research period, and Spears’ team established that this was explained in part by these people getting less sleep, on average, and feeling less rested during the day. In the 7MTF/Humm model conscientiousness overlaps with the Engineer EQ component whose core desire is to complete projects and tick off lists during the day. This keeps them busy, they work hard and by the end of the day are tired and sleep well. People with low Engineer do not complete projects and go to bed worrying about uncompleted projects.

Similarly, high scorers on trait neuroticism were poor sleepers. Highly neurotic people are emotional and in the 7MTF/Humm model are people with low Regulator/Normal. Again these people would find it difficult to sleep as they would be more moody and more worrisome.

What surprised the researchers was a link between higher trait agreeableness and greater risk of dying, explained by these people having less sleep and more daytime fatigue. The 7MTF/Humm model provides a possible answer. Agreeableness overlaps in the 7MTF/Model with the Doublechecker EQ component. Doublecheckers are compassionate and sympathetic people and are universally thought of as nice and agreeable. However their core desire is for security and high Doublecheckers are insecure people who worry about everything. So naturally when they try to go to sleep they worry about all the risky things they managed to avoid and all the risky things that might happen in the future.

There is another 7MTF/Humm component that may suffer from poor sleep and the is the Politician component/. There is no Big 5 trait that corresponds to the Politician component but the underlying desire for these people is the desire to win and the underlying mental illness is paranoia. So it is not difficult to envisage these people finding it difficult to sleep as they mull over recent and future battles and are unjustly suspicious and mistrustful of other people.