How to spot a Liar 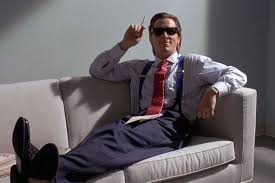 Each year Sydney has a Writers’ Festival and this years theme was Lie to Me. I attended last Friday and one of the one-hour sessions was How to spot a Liar.

All three began by describing an incident where they had been completely taken in by a consummate liar and only realised the extent of the lies by doing fact checking later on.

Calum Smith demonstrated his post-Freudian upbringing when he said consummate liars had either failed to develop a superego or it had become weaker in their personality. Superego is defined as that part of a person’s mind that acts as a self-critical conscience, reflecting social standards learned from parents and teachers.

I must confess I was stunned that not once during the hour did the term “corporate psychopath” get used. And I totally agreed with the final question from the audience which was that no-one on the panel had answered the question of session, namely how do you spot a liar?

However it is the corporate psychopaths or in 7MTF/Humm nomenclature, the GoGetter/Hustler who take liberties with the truth. I have written extensively about these people and in particular this blog “How to really spot a corporate psychopath” answers the question posed in the session.

If you would like a 40 minute introduction to the GoGetter/Hustler component listen to this webinar. It could be one of the more useful lessons in your life.

This blog was first published on LinkedIn on 6 May 2019