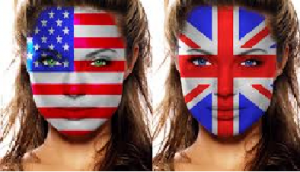 On one of my blog feeds this interesting blog appeared: Why Do We Overestimate The Importance Of The Country We Live In?  The blog describes how people in various countries dramatically overestimated the contribution of their own country to world history ranging from the British saying 55% to the Swiss at 11% citing several studies.  The blog then described a recent study at Ohio State using fictitious countries that came up with same result and tried to explain why.

National narcissism is particularly rife for most countries as this blog demonstrates.  School education is an obvious reason and I am living proof of this.  My father was an officer in the United States Air Force and till I was 13 I was educated in various American schools and learnt USA history.  If I was asked to describe an American history book of 300 pages, I would have said 100 pages on the Revolutionary War, 100 pages on the Civil War, and 100 pages on the rest.  My father was retrenched when I was 13 and we moved to Bath in England.  If I was asked to describe a British history book, I would begin by saying it is longer, say 600 pages.  My moment of epiphany came when I looked up the American Revolution and American Civil War in my first British History book.

The American Revolution was given a paragraph, saying something along the lines that the British Empire included 13 colonies in North America.  The colonies successfully rebelled against British rule, leaving in 1781 with help of the French but kept many of principles of British democracy including the rule of law, freedom of speech and the press, etc.

The American Civil War was given several sentences along the lines of the Americans fought a civil war in the early 1860s between the Union and the Confederacy and unfortunately the British Government backed the wrong side.  The British textile mills in the north of England wanted the Southern cotton.

It was at that moment I first discovered empathy: I was walking in British shoes.  Since then I have travelled extensively and emigrated to Australia.  I continue to find the history of various countries a fascinating topic.  In particular again and again you find examples of Lake Wobegon effect, which is  a natural human tendency to overestimate one’s capabilities.  This is named In honour of the fictional town in a radio program that always finished with the tagline:  “Lake Wobegon where all the women are strong, all the men are good-looking, and all the children are above average”.  There is a real and pervasive human tendency to overestimate one’s achievements and capabilities in relation to others and also to apply it to one’s country. To support the view that people in general need to believe that they are above average one author points out that in a survey of high school students only 2% of the students reported that they were below average in leadership ability.

My second next big moment of empathy was in 1974 when I first learnt the Humm-Wadsworth the precursor to the 7MTF.  I mistakenly thought before I did the course that deep down, we were all the same.  After finishing the course, I had put on a set of new, easy to use empathy glasses looking at people very differently and had learned a completely new set of practical scientifically valid people skills.  If you want to learn more about the 7MTF watch this short 4-minute explainer video.  If that awakens your appetite to lift your emotional this online-video course: Introduction to Practical Emotional Intelligence: The 7MTF is now available.

This blog was first published on LinkedIn on 17 July 2020.