Talent, Effort Or Luck: Which Matters More For Career Success? 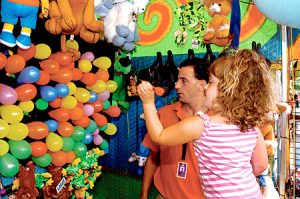 This is the title of an excellent article by Tomas Chamorro-Premuzic in a recent edition of Forbes.  There is a lot of debate about this question and Tomas provides a number of very useful insights.

Is the secret to career success to be smart, hard-working, or lucky? Many EQ practitioners claim that it is emotional intelligence.  Their mantra is that while IQ may get you the job it is EQ that gets you promoted.  I agree that EQ helps but I believe that for most people the model of EQ that they use actually reduces the probability of career success.

Tomas begins by defining luck as “whatever is left when you subtract talent and effort from achievement: anomalies, exceptions to the rule, and the serendipitous, arbitrary, and random nature of life.  Crucially, luck cannot be consistent or predictable: if you are lucky (or unlucky) all the time, there’s surely something in you that explains your success (or failures).  Although there is (still) insufficient evidence to link relevant human accomplishments to their personal genetic complexion, it is rather obvious that factors not associated with either talent or effort make some people “luckier” than others: privilege, where you are born, who you are born to, etc. These universal drivers of success are not the result of people’s merit, in the sense that they are not caused by their own talent or effort, but the lottery of life. Gender, race, nationality, and socioeconomic status at birth all amplify or handicap people’s potential, and for reasons unrelated to their own skills, decisions, or motivation. The more privileged you are, the less talent and effort you will need to attain high levels of success, and vice-versa. For example, being born in Singapore, Canada, or Denmark is generally advantageous to being born in Afghanistan, the C.A.R., or Haiti.”

He then tries to work out which matters more: talent, effort or luck?

According to Tomas the most generalizable indicator of talent is human intelligence, which refers to a person’s learning and reasoning ability. Thousands of studies that around 15% of career success can be attributed to intelligence, but the figure increases when jobs are complex. Another aspect of talent that has been examined is emotional intelligence – the ability to manage your own and others’ emotions. Around 9% of career success may be attributable to this trait, which is independent of learning ability. Thus IQ is roughly twice as important as EQ, a finding with which I totally agree but rarely voiced by EQ practitioners.

Tomas that makes the key point that picking careers or jobs that align with your natural interests will significantly boost your career success.  I would go even further.  I think choosing a career that aligns with your temperament (your genetic emotional predisposition) is perhaps the key decision on the path to career success.

Motivation, ambition, and drive have been combined and rebranded as grit.  Research has shown that the average correlation between measures of grit and measures of career success rarely exceed 0.30, we can conclude that no more than 9% of a person’s success can typically be attributed to their ambition, drive, or motivation.

If we define luck as everything that isn’t talent or effort, and accept that the combined impact of talent and effort is at most 45% (ballpark), then we have to accept that luck accounts for at least half of the equation.  As Tomas says attractiveness, genetics, socioeconomic status, parental educational level, biological sex, and ethnicity, all augment or handicap people’s level of career success, independently of what they are willing and able to do.  In what I thought was a terrific insight Tomas says that you will experience headwinds or tailwinds, and even if your talent and effort may affect how you cope with the winds, you have zero (yes, zero) control over the winds. No growth mindset, self-efficacy, self-belief, or self-confidence will alter the direction or speed of the winds.

To summarise Tomas suggests that luck comes first, followed by talent, then effort. In other words, the more you control something, the less it matters. Then again, there’s not much point in ruminating or stressing out about the stuff we cannot control.  He quotes the famous two equations of Daniel Kahneman, who pioneered the study of behavioural economics:

Great success = a little more talent + a lot of luck

As someone who has recently delivered a webinar The Two Secrets for Career Success may I add my two cents worth.

The first secret, (from my tutor at London Business School, Charles Handy) is to be good at one-on-one meetings and the best training for that is to become a salesperson.

The second secret is that if you cannot become a salesperson learn to use a people profiling system such as the 7MTF that is trait based, practical and scientifically valid.

This blog was first posted on LinkedIn on 2 October 2021