The Emotional Intelligence of the Narcissistic Personality Inventory (NPI) 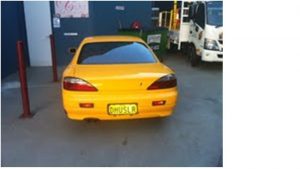 One of my special readers recently sent me this link to the Narcissistic Personality Inventory (NPI).  Beside asking for my opinion about the test he asked whether this instrument could be used to prevent corporate psychopaths from joining the workforce and becoming the CEO as they are 30% more likely to do.

The NPI takes 5 minutes to do.  It comprises 40 paired elements, a scoring sheet and distribution graph.  It is the usual positive asymmetric distribution with the warning that a score above 30 may be concerning.  I scored 24; close, but no cigar.

I must confess that during the test that if I thought I wanted to climb the corporate ladder, this would be a very easy test to fake the result.  One trick I teach my coaching clients (many who have been wanting to build a successful career) is that if asked to sit for a personality test, answer as if  they are a conscientious team player with a good ethical grounding.  That is what employers are usually searching for.

Unlike intelligence tests that have a 99% validity, few personality tests score as high as 70% with the Five Factor Model (FFM) being generally recognised by the organisational psychologists as best in show.  I would put the NPI in the 50/50 category.  I also don’t like using a single test to screen out one factor.  I much prefer a multifactor model such as the FFM, HEXACO or 7MTF.

The other question raised by my special reader is whether you should try and screen out corporate psychopaths?  This is a good question.  My answer is it depends on the level of neuroticism in the temperament.  If the level is high and the person lacks emotional self-control and a moral compass then recruiting such an individual could be dangerous.

On the other hand, if the level of neuroticism is low then such an individual can be very positive for an organisation.   I worked in a very successful investment bank, BT Australia, for six years and the average level of Hustler/GoGetter in the organisation was very high as it should be.  I subsequently worked for several years in a joint venture with Chandler & Macleod developing their training programs.  As would be expected C&M was filled with Artists, aka introverted psychologists, who have a natural antipathy to Hustler/GoGetters.  When I tried to argue that “Hustlers make it happen”, and their commercial realism and focus on making money are useful traits in an executive’s temperament I was met with disbelief.

In the 1990s, when I was running my first Practical Emotional Intelligence for Leaders & Managers Workshops, I used to contrast Alan Bond with Bob Joss, CEO of Westpac 1993-1999.  Both at high levels of Socialiser and GoGetter in their temperament.  The difference was the level of Regulator in their temperaments.  Alan Bond’s was low, he transformed the capital of his shareholders into income for himself.  There is no question that corporate psychopaths can destroy a company.  One of my favourite examples is Arthur Andersen, went from 85,000 employees to 16 in 2002.  I delivered a case study on it at the Seventh International Congress for Emotional Intelligence held in Perth in July 2019.

The Regulator of Bob Joss was high.  In his six years as CEO of Westpac, the share price increased sixfold from $2 to $12.  In what has been called the “CEO deal of the millennium” Bob Joss was issued with 5 million options at an exercise price of $2.85 when he took over the bad-debt-bound bank in early 1993.  He made something like $38 million on top of his annual salary of $2.4 million.  Did I and my fellow Westpac shareholders care?  No, we were weeping when Bob Joss left.  Unlike Alan Bond he made money for the shareholders first and then took his reward.

This blog was first posted on LinkedIn on 28 September 2021.