Temperament causes the downfall of another CEO. 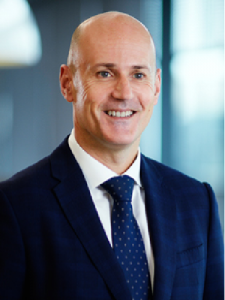 There was an interesting article in The Weekend Australian, 5 September by Joyce Moullakis, Why QBE had to cut short CEO’s tenure, about former CEO of QBE Insurance, Pat Regan, who was forced by the QBE board to resign a week ago.  I found it interesting, not because the article was about his sexual misconduct but because what it revealed about Regan’s temperament.

In the article Moullakis lists a number of employee descriptions about Regan:

“At times displays an aggressive and terse leadership style”

“While travelling through QBE’s global offices he would usually organise — and sometimes insist on — early-morning soccer matches with colleagues to keep fit, but also test their mettle.  “He liked to stretch and test people on the soccer field.”

“He’s fundamentally intelligent but an egotist and will cut people down and tell them they are an idiot.”

“Very few people got along with him very well. Pat was not liked or loved as a leader or a colleague.”

QBE has seen a string of executive turnover in the past 12 months. The insurer’s group chief risk officer, Peter Grewal, is leaving at the beginning of next year to join London’s M&G.

Anyone familiar with the 7MTF will recognise the temperament of Regan, like the CEOs of many organisations, is dominated by the Politician EQ Component.  Such people are competitive, forceful leaders, who defend ideas vigorously, are  self-confident and power-oriented.  These strengths are often accompanied by the following weaknesses: they hold grudges, are domineering, prejudiced, dogmatic, arrogant, and insensitive.

I am currently creating my second on-line course Practical EQ for Salespeople and just finished the fourth of eight lessons.  The Politician component (not in the FFM) is the EQ component found most often in decision makers.  Knowing how to recognise this component, what social skills you need to gain their co-operation, what objections they will make and what closing technique to use are critical skills for a salesperson to understand and use.

This article was originally published on LinkedIn on 10 September 2020.