The Emotional Intelligence of a Scammer 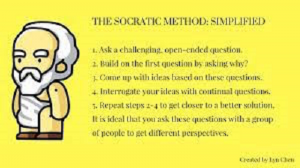 One of the collateral benefits of belonging to the Sydney Institute is the occasional blog by Shelley Gare.  Her most recent blog was particularly interesting with a long section on scammers and the scammed.  It is certainly worth a read.

In the blog Shelley described how the scammed get sucked in.  Often their friends have a hunch something is wrong; some even compile a dossier, but it is often to no avail.  In one study of the scammed covering 1300 deceived respondents 90% said they had been warned by a third party but they carried on anyway.  Denial is a trickster’s best friend.

But one of the biggest misconceptions about scammers is that they only target the stupid, the greedy, the naive. Yes, they can zero in on risk-takers and certainly on the vulnerable, but they also go for the kind and the generous. People with integrity. People who just like helping other people and maybe get a kick out of mentoring or assisting someone to success.  Given timing and circumstance, almost everyone can be vulnerable, because what a con artist really looks for are two things: someone in a time of upheaval and someone who has a need they may not even be aware of.

Shelley then tracks down magician Nick Johnson who has written two novels based around the secrets of con artists. He also regularly goes into high schools to talk to kids about his magic tricks, but also “scams, hoaxes and suspect science”.  Nick suggests three step mantra. “All you can do is learn how to say no, learn the steps for making good decisions via the Socratic method, and forgive yourself for bad decisions.”

All to the good but even better is a tool that helps you identify scammers aka GoGetter/Hustlers.  Visitors to my website will know I have developed series of webinars.  One webinar deals with empathy or recognising the core emotional drives of other people.  The other deals with how to recognise and deal with Hustlers.

If you don’t have time watch the webinars here is a simple TOPDOG analysis:

Talk:  Hustlers name drop and talk about money early in the conversation.

Organisation & Position:  Hustlers typically have a number of job changes and work as brokers and middlemen.  As they are inherently lazy the education section of their CV is typically chequred.

Office:  Ostentatious.  Flashy cars are another giveaway.  The dream is a red Ferrari with personalised licence plates.

Gambit: They are generally on time, will start immediately using your first name, move inside your comfort zone and try to touch you.  I remember one perceptive female friend saying that at a networking function they will spend 50% of time looking at you intently and the other 50% trying to work out whether there is someone else more important.

Another clue is that Hustlers are generally on their second or third marriage.

As there will be money involved what should the potentially scammed do?

Remember Shakespeare: “Neither a borrower or a lender be.”  To which should be added: “Nor a guarantor.”

However if you decide to give a scammer money use this rule:  Decide it is an equity investment that you most likely never see again.  Then use the method professional investors use to allocate the equity portfolio.  Never put more than 5% of you equity portfolio into one stock.  Say you have cash and shares worth $250,000.  The maximum gift to a scammer should be $12,500.

I will finish by relating the last time I was scammed.  It was the summer of 2003 and we were in Prague.  The Czech Republic is not part of Euro and has its own currency the Koruna.  For some reason I could not find an ATM so we went into a currency exchange that was packed. Unfortunately I am not good at queues at best of times (high P) but 16 years ago I was even worse.  Someone then said, “If you don’t want to wait, I will change your money.”  I hesitated, but then another person said. “You can trust him, he is a good guy.”

So with a hook in my mouth I went outside and exchanged 200 Euros for a wad of notes.  When I subsequently tried to use the cash to pay a lunch bill I discovered I was the proud holder of one inch thick wad of Byelorussian Roubles worth around 5 Euros.

I also remembered that I had forgotten perhaps the best advice ever given by Herod to Claudius in the brilliant BBC TV Series I, Claudius:

This post was first published on LinkedIn on 20 February 2019