The Genetic Secret of Leadership 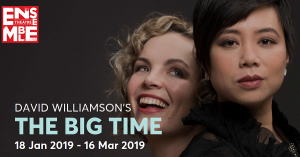 The Human Resources Director ezine recently re-posted an terrific blog by Emily Douglas: How to manage an “Alpha” employee.  Compared to the Kumbaya meme found in most posts on leadership this blog reeks reality.

Douglas begins by asserting that confident and successful Alpha males comprise up to 70% of all senior executives quoting from Coaching the Alpha Male: “Alphas reach the top ranks in large organizations because they are natural leaders—comfortable with responsibility in a way non-Alphas can never be.  Most people feel stress when they have to make important decisions; Alphas get stressed when tough decisions don’t rest in their capable hands. For them, being in charge delivers such a thrill, they willingly take on levels of responsibility most rational people would find overwhelming.”

What Douglas is describing is the Politician component in the 7MTF/Humm model of Emotional Intelligence.  People high in this temperament component are independent and goal oriented with a no-nonsense attitude.  They take extraordinarily high levels of performance for granted, both in themselves and in others.  Politicians are natural leaders but they are not nice people and if their Regulator/Normal is low can become corporate bullies.

The blog gives a number of useful tips about managing employees with a high Politician component.  Begin by relaying any concerns you have with the Alpha directly – as more often than not, they’re pretty blinkered in their approach and won’t realize they’ve annoyed colleagues.  The competitive nature of Alpha employees means they need continual challenges. Meet this by setting out clear incentives, goals and milestones that, once met, will be recognized by the organization.  In other words appeal to their inborn sense of superiority.

Last night we saw David Williamson’s latest play: The Big Time.  (For my overseas readers, Williamson is Australia’s leading playwright and each year the Ensemble premieres his latest play at the beginning of the year.  If you enjoy theatre his plays are mandatory viewing.)  In this play Vicki is a terrific Politician with low Regulator/Normal.  A toiling actress, she grabs the opportunity to become a film director which stars Hugh Jackman and Rose Byrne but within two weeks is fired because of her bullying attitude.  Some of her lines are terrific:

“Every time I was rejected for a role, I quickly dusted myself off and applied for the next one.’

In the end, Vicki goes off to Los Angeles to star in a major new Netflix series while Celia, a successful Australia soapie star who is very talented and nice, ends up doing plays in Sydney and losing her partner.  If you get a chance to see it, do so.  The other actors are also terrific.

This blog was first posted on 3 February 2019 on LinkedIn https://www.linkedin.com/pulse/genetic-secret-leadership-christopher-golis/?published=t