The profile of an entrepreneur 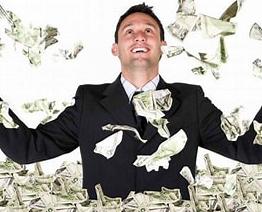 This post Here are the personality traits of the self-made millionaire recently appeared in my mailbox.  The blog describes a German study that compared two groups of people: rich defined as having a net worth > 1 million euro and non-rich with a net worth < 800,000 euro.  They also categorised participants as “self-made” if their wealth came primarily from self-employment or entrepreneurship; “inheritor” if their wealth came from gifts or inheritances; or “mixed” if they fell somewhere in the middle.  All the  groups were given a Five-Factor personality test, plus another test that measured your propensity for risk-taking.

The self-made rich participants (by definition successful entrepreneurs) were more risk-tolerant, and were more open, extraverted and conscientious, but less neurotic.

In my book “The Humm Handbook: Lifting Your Level of Emotional Intelligence” there is a chapter on leadership that defines and discusses the three necessary core emotional drives of the successful leader. For those familiar with the Humm, great leaders have high H, M and P drives. President Bill Clinton is a good example of such a personality.

One innovation I introduced in my 23 years as a venture capitalist was to obtain a psychographic profile of our prospective entrepreneurs. Initially we were seeking mini-Bill Clintons. Unfortunately, over time we discovered that while these people are great at running large organisations, they were poor entrepreneurs.

We had forgotten that critical piece of Australian advice: “A good builder of a mine is rarely a good operator of one”.

On the other hand, when we looked at the profiles of entrepreneurs who had generated the best returns for our VC funds, we discovered that we were seeking the wrong people. Our best performers were builders rather than operators. They saw building a business as an engineering project, and were very task focussed. They wanted to build a business and then sell it. The process was all consuming and they spent a lot of time planning the next steps and closely monitoring the progress. They were extremely task orientated and focused on the technical details.  They were into planning and compulsively reading everything they could about a project.  Their passion ignited the rest of their team.  We had not picked this factor as being necessary; we were very wrong.  Our successful entrepreneurs all had a high Engineer trait.

The other common factor was a high Hustler drive. These people were shrewd with people and shrewd with money. They knew it was important to build a team of people in order to get the job done, not just an exercise in team building. If there were individuals who had joined them at the start but had reached their level of competence, the successful entrepreneurs were able to either keep them in their former positions and temper their expectations or be ruthless enough to fire them.

Unless the entrepreneur has an understanding of the numbers, he or she never has the intense understanding necessary on how the business actually generates cash.

The blog that started this post itself begins with the famous quote “Let me tell you about the very rich,” wrote F. Scott Fitzgerald in The Rich Boy. “They are different from you and me.”

With regard to successful entrepreneurs they certainly are.

I still believe a model of temperament like the 7MTF is the secret to lifting your emotional intelligence.  If you want to quickly lift your EQ consider doing my practical emotional intelligence courses.  Do the basic 7MTF course for an investment of A$25 and 5 hours of your time and you will dramatically increase your EQ competency in days.

This blog was first published on LinkedIn on 23 April 2022