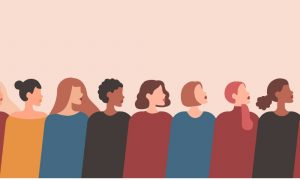 Nine years ago to the day I posted this blog about a talk that I attended by Sheryl Sandberg at the Beijing Grand Hyatt.

In the talk I argued that Sandberg’s hope that 50% of the CEOs would be female and men would run 50% of the households would never be realised due to gender differences in temperament, in particular the Politician EQ component.

Since than I have published several blogs claiming vindication such as this one.

But this article just published in the Human Resources Director is the best vindication of my views I have seen.

The study was carried out by three females so any bias by ham-fisted males is eliminated.

The seven-year meta-data analysis tracked the interests and ambitions of 138,000 women across 174 studies dating back to the 1960s.  So you cannot criticise the sample size, time period or number of studies.

I consider the answers posed in the HRD article to the question are weak.  Full gender parity will never be achieved.  As I said in my 9-year-old blog the best result that can be achieved is 33% female CEOs.

Climbing the management ladder or surviving in the jungle gym as Sheryl Sandberg so beautifully puts it is a combination of luck, nurture and nature.  And most people would rank those three factors in that order.  I take the opposite view.  The key factor is nature.  Intelligence is one major contributor you have to make intelligent decisions.  However as important is your temperament; your genetic emotional disposition in particular what are your levels of Socialiser, GoGetter and Politician components.

Successful managers need energy and team player ability of the Socialiser.  A strong GoGetter component means a manager has shrewdness and flexibility.  Finally mangers need a high Politician component for decisiveness and the ability to handle conflict; This list taken from the brilliant book Managing With Power: Politics and Influence in Organizations published by Jeffrey Pfeffer in 1992 is as true now as it was then.

I believe a model of temperament like the 7MTF is the secret to lifting your emotional intelligence.  If you want to quickly lift your EQ consider doing my practical emotional intelligence courses.  Do the basic 7MTF course for an investment of A$25 and 5 hours of your time and you will dramatically increase your EQ competency in days.

This blog was first published on LinkedIn on 15 September 2022.