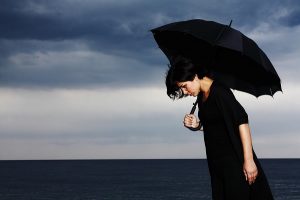 I discovered a new word last week: “Decidophobia”.  It was coined by Princeton philosopher Walter Kaufmann in his 1973 classic, Without Guilt and Justice.  Kaufmann argues that fear of making decisions and a failure to exert decisive control over their own lives are often what prompt people to conform to societal rules because they can abdicate responsibility of choices to governments and religion.  I came across the word in an article by Ruth Ostrow: “Making a choice won’t hurt you”.

According to Ruth chronic indecisiveness is a paralysing fear of making decisions.  At its worst, sufferers of decidophobia can’t even confidently chuck out a bit of paper — hence the condition of hoarding. They hold menus in sweaty hands, trying to choose until their dinner guest eats the tablecloth.  Here are some tell-tale signs:

In addition, according to Ruth there is a link between decidophobia and depression.  To the 7MTF/Humm practitioner this is no surprise.  All the above behaviour traits are characteristic of the Doublechecker which is someone who is at the high end of the Depression Spectrum.  Also it does appear if Depression is genetically based.  Where I am probably different to many people is that I believe there is considerable overlap between the Doublechecker and Agreeableness in the Big 5.

According to Wikipedia Agreeableness is a personality trait manifesting itself in individual behavioural characteristics that are perceived as kind, sympathetic, cooperative, warm, and considerate.  People who score high on this dimension are empathetic and altruistic, while a low agreeableness score relates to selfish behavior and a lack of empathy. Those who score very low on agreeableness show signs of dark triad behaviour such as manipulation and competing with others rather than cooperating.

I married a Doublechecker and she combines Agreeableness and Decidophobia in her temperament as do many other Doublecheckers.  They make terrific wives and mothers and often work as teachers or nurses.

However it is at the low end of the Doublechecker Spectrum that I beg to differ.  The general consensus of Big 5 Practitioners is that these people are either psychopaths or bullies.  I disagree.  I agree with Lee and Ashton that there is a 6th factor.  They call the H factor for honesty and humility.  My H factor is the Hustler and the spectrum is reversed.  I also think there is seventh factor, the Politician that determines that degree of assertiveness in one temperament.  Corporate Bullies are high Ps with low Normal.

Finally to end this blog on depression on cheerful note I thought this article was interesting.  As you would be aware you could get very depressed about the continuous reports in the media about the problems with depression etc. However this study presents a different picture: an average of 40 to 50 per cent of people who suffer an episode of depression don’t go on to experience another.  I keep telling my daughters to never forget the words of Warren Buffet that if you are born a citizen of the USA, UK, Australia, Canada, or New Zealand you have won the ovarian lottery of life.

This article was first published on LinkedIn 17 November 2018,