Grit, Conscientiousness and the Entrepreneur 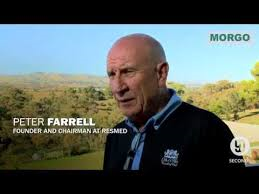 Professor Angela Duckworth, aka the Queen of “Grit”, has built a very successful brand.  In this article about Duckworth she defines grit as a skill: something that can be built through determination and focus.  She suggests three ways to improve your grit.

Find Your Calling:  People with high levels of grit are as motivated by the pursuit of pleasure as much as anyone else, but what marks them out is their greater interest in meaningful activities that serve a higher purpose.

Practice smart: Once you know what your passion is, you need to hone your craft through deliberate and unrelenting practice.

Think like an optimist: Gritty people tend to respond to setbacks with an optimistic mindset and see failure as a chance to learn.  Gritty optimists tend to have a growth mindset, believing that traits like intelligence can be nurtured. Pessimists instead see such things as fixed.

As a 7MTF/Humm practitioner, when I read this article I immediately thought of the Engineer temperament component.  Engineers are driven to complete projects. Process, detail and method are characteristics of the strong E. This person makes lists of lists! The great thing about the strong E is that they can form a plan as soon as look at something. And what’s more they can make it happen.  On the Big 5 scale these are people high in Conscientiousness.

And I am not alone.  This article claims “Grit” is an example of redundant labelling in personality psychology and an example of the Jangle Fallacy.  It describes a German study of two groups who were given a “Grit” test and “Conscientiousness” test.  The researchers found the perseverance facet of Grit (which past studies have suggested is responsible for most of the links between Grit and later success) shared 95 per cent of its variance with trait Conscientiousness and with its “pro-active” facets.

I worked in venture capital for 25 years and one thing we did in screening potential investment was to psych test the entrepreneur.  Originally, we were looking for ‘natural leaders’ people with high Mover, Hustler and Politician temperament components.  However after several years we realised we were looking for the wrong people.  Our successful entrepreneurs had a combination of Hustler & Engineer Components combined with high numerical IQ.

Our role model became Peter Farrell, the entrepreneur behind ResMed, one of Australia’s very successful technology companies.  No matter what the conversation – politics, restaurants, golf – Peter would soon turn the conversation to sleep apnoea.  He was a monomaniac on the topic.

Most entrepreneurs have high verbal IQ and are good talkers.  However, if you are going to join or invest in a start-up, make sure the entrepreneur has a very high level of Engineer, grit or conscientiousness.  Otherwise you could be making a fatal decision, either for your career or for your wealth.

Chris, I loved your thoughts on this topic. Firstly, the Duckworth TED talk on grit is amazing and definitely worth checking out. Secondly, love your comments on the correlation between the concepts of "grit", "conscientiousness" and "engineer", as someone who aspires to be great at all of those I have to say it resonated. As I am more of a MBTI fan than you are, I'd point out that the Judgement (J) attribute is correlated with conscientiousness as well, it is defined as "Judging individuals are decisive, thorough and highly organized. They value clarity, predictability and closure, preferring structure and planning to spontaneity." Hence I see a connection between Grit - Conscientiousness - Engineer - Judgement with some slightly different focus in each term. The interesting thing (and maybe you have more data on this) is that I see Hustler and Engineer as in some sense negatively correlated traits. As a strong engineer myself I can tell you I am only really medium Hustler and find myself often repulsed by very strong hustlers. To illustrate, some people who feel they serve a "higher purpose" can (perhaps mistakenly) ignore or slight the value of money / material possessions. Simultaneously wanting higher purpose and material gain then in my eyes is a paradox to be embraced.