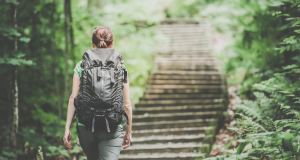 In my role as an Emotional Intelligence Coach I am often begin with a new client by asking why he or she wants EQ coaching. A common reply is because I want to be a better manager, leader, person, etc. Thus I thought this was an interesting study: When Deciding How To Improve Our Personalities, Moral Character Is Not A Priority.

The study asked two groups comprising a total of 800 participants to fill in an online survey, in which they self-reported their personality traits. The first set of questions was based on the Big Five personality domains, while the second looked at moral traits, with questions measuring general morality as well as honesty, fairness, loyalty and purity. Participants also indicated how much they wanted to change on each of these personality and moral traits, responding to statements like “I want to be helpful and unselfish with others”, for example.

The results were fascinating. Participants most wanted to change their non-moral personality traits, particularly those relating to negative emotions: they wanted to reduce anxiety, depression, emotional volatility and anger. Creativity, productivity and sociability were the most desired traits, while moral traits such as honesty, loyalty and fairness took a back seat.

Often when I read something like this I ask myself do I know of a confirming study. In 1990 the Australian Federal Government set up the Karpin Industry Task Force on Leadership and Management Skills. Among the reports was this survey where 100 successful General Managers were given the task of choosing the key characteristic of a successful general manager.

Good ‘people” skills were ticked by 78% of the managers, far and away the highest; ethics ranked last at 23%.

Sometimes human nature is just so reassuring. I was reminded what one of my mentors said to me when I first became a manager, “Chris, never forget that Essex is just a county in England.”