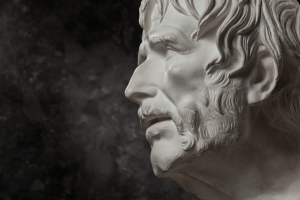 One of the more interesting feeds I subscribe to is www.Quillette.com which is a newsletter for freethinkers that costs $10/month to be a patron. I can highly recommend you becoming one. Recently Quillette published an interesting article Sickness and Stoicism that I found thought-provoking in the current Covid-19 climate. I can believe how many emails I have received about surviving in these difficult times, the need to show grit, positive thinking, etc. On the other the Quillette article resonated and gave some useful advice.

Seneca the Younger was a Roman Stoic philosopher and a contemporary of Jesus. Seneca suffered from asthma, and his condition sometimes left him bedridden and gasping for air. As he grew older, he even contemplated suicide because his affliction was so severe. Seneca lists the three most common fears that attack us during illness: “dying, the physical suffering, and the interruption of our pleasures.”

With characteristic bluntness, he argues that to dread an illness because it might kill you is irrational. “You will not die because you are sick, but because you are alive,” he points out. “That end still awaits you when you have been cured. In getting well again you may be escaping some ill health but not death.” Seneca’s point is not that life is unimportant, nor that we should be indifferent to medical advice. Rather, he is warning that fear of the inevitable only compounds our suffering, because “in illness, the suffering is always bearable so long as you refuse to be affected by the ultimate threat.”

I have blogged before about Stoicism quoting Marcus Aurelius, who lived in the century following Seneca but never referred to him. The three Stoic techniques useful in lifting your emotional intelligence were:

With regard to physical suffering Seneca says pain is a part of illness, but it is a more bearable experience you separate the sensation itself from exaggerated perceptions of it, in other words use cognitive distancing and decatastrophising. “War and the battlefront are not the only spheres in which proof is to be had of a spirited and fearless character: a person’s bravery is no less evident under the bedclothes.”

Seneca also suggests you think of famous individuals who have dealt with worse. For me the example of Franklin D. Roosevelt, who contracted polio in 1921 and was paralysed from the waist down and confined to a wheelchair, yet was elected President of the USA four times is an amazing example of courage.

The final disruption of illness that Seneca acknowledges is “the interruption of our pleasures” For most of in lockdown this the first time this has happened in our lives. Seneca argues that eventually, we’ll decatastrophise and stop craving what we used to desire. “And there is nothing harsh about having to do without things for which you have ceased to have any craving,” he concludes.

The Quillette article finishes with these wise words. “this pandemic is just as much an opportunity as it is a curse. We can all show our descendants that we were the generation who stopped everything to protect our society’s most vulnerable.”

This blog was first published on LinkedIn on 10 April 2020.