Marketing Lessons from the Failure of Nudging. 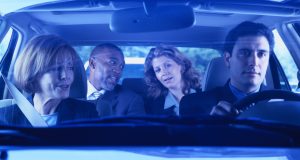 I found this blog interesting: Behavioural “Nudges” Are Ineffective At Encouraging Commuters To Carpool Or Take The Bus. To summarise the study there were four attempts to nudge employees of a major European Airport to car pool rather than commute individually. About half had reported driving by themselves to and from work. But almost 60% of this group said they would consider carpooling, and 41% said that finding a “matched” person with a similar commute to carpool with was a key reason why they weren’t already doing it. Many employees also reported that if they were given discounts on public transport, they’d be more likely to use it.

For the first the researchers sent out 15,000 letters to encourage employees to sign up for carpooling. Only 33 employees registered for the service as a result. One month later, only three who’d received the initial letter were active carpoolers. Though this intervention did increase registrants, this increase was tiny, and, statistically deemed not proven.

For the second study, they gave employees details of good personal carpooling matches, and reminded them that carpooling would save them money. It also was a total failure.

Next, they tried giving a different group of more than 7,000 employees a free one-week bus trial. But this intervention failed to subsequently increase registration for discounted bus passes.

Finally the researchers provided just over 1,000 employees with comprehensive personalised travel plans. These plans included information about carpooling matches, bus and train routes and times, transit pass discounts and bike routes. These employees were also offered a one-on-one session with the airport commuter team to talk this through. Only 21 people signed up for these sessions. And, overall, the intervention made no difference whatsoever to the participants’ commuter behaviour.

There is one significant limitation to the study that the researchers themselves point out: this particular airport offers employees a free parking space. Perhaps these attempted nudges would have had more impact on people who have to pay for their parking.

This all goes to prove that what people say and what people do generally proves to be very different. When I studied marketing at the London Business School one of the key messages was that you get the market research you pay for. Unless you give the interviewees a tangible benefit for completing the research it is generally worthless. Just like when you are asked to review online the recent performance of a call-centre service provider. (I always give the poor person 5/5 as it is a thankless job.)

The other lesson I have never forgotten also occurred during the LBS course. We were divided into teams of two and sent out one evening with instructions to come back with 10 completed survey forms as a result of interviewing households. We started at 18:00 and agreed to meet in the local pub at 9pm. When we me we all discovered that we had all only completed 2-3 forms. So we all filled in the remaining forms and posted them to the lecturer as requested.

At the next lecture we were asked if we all had managed to get ten completed forms and we all nodded assent. We were then asked scouts honour to tell the truth, raise our hands and drop them as the lecturer slowly counted to ten when the number we actually completed was reached. By the time the lecturer counted to five all the hands were down. We were then told this was the second most important lesson about market research.

Thus when everyone tells me that in 20 years we will not own a car, and they will all be self-driving electric cars of limited range I am cynical. Yes, I can understand for very densely populated areas this is possible but for those of us living in suburbia I have my doubts. My latest belief: Elon Musk has not left Tesla because of new opportunity but because he saw the writing on the wall.

This blog was first posted on LinkedIn on 1 April 2020