Goodbye to my favourite corporate psychopath 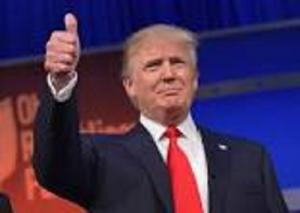 While the USA Presidential Result is still being disputed articles like this are Why can’t some people admit defeat when they lose? are appearing everywhere.  In this article Trump is defined as a ‘grandiose narcissist’ to explain his behaviour.  There is no question that Trump is narcissistic; since his election in November 2016 he has been my favourite example in my workshops of the corporate psychopath displaying all the 7MTF characteristics of low Regulator and high GoGetter.  Unfortunately, his election loss means his usefulness is limited; and I thought he may have been available for another four years.

However, while I am a firm believer that nature is twice important as nurture, the latter does play an important role in developing one’s personality.  In Trump’s case nurture plays an important role.  I commend to you a PBS documentary The Choice 2020: Trump vs Biden that I have recently watched.  It focuses on the personalities of the two candidates that that developed through the arc of both candidates’ lives. It examines each man’s approach to power and the defining moments that shaped their lives.  It answers a number of interesting questions:

Why did he pick Kamala Harris as his running mate? (not because she is a woman and a person of colour)

However most importantly it answers this question.

How did Roy Cohn and Norman Vincent Peale ensure Trump would never develop a moral compass?

GoGetters divide the world into winners and losers.  Trump reconfigured Peale’s philosophy of positive thinking to justify his belief that he was not only a winner also always right in his beliefs even when confronted with experts.

Cohn in his role of mentor taught Trump that in every argument use three tactics:

After watching this program I was reminded of an article that I read in USA Today in June 2016 when I was last in California: Exclusive: Trump’s 3,500 lawsuits unprecedented for a presidential nominee.  The article was written before the 2016 election is quite damning and demonstrates how well Trump adopted Cohn’s tactics.

Together Cohn and Peale ensured that Trump would never develop a moral compass.

I wrote the following blog Does this describe Donald Trump? nearly three years ago.  I still think it provides the best profile of Trump that I have read.  (I too have some GoGetter in my temperament.  :-))

This blog was first published on LinkedIn on 15 November 2020.