How many Corporate Psychopaths are out there? 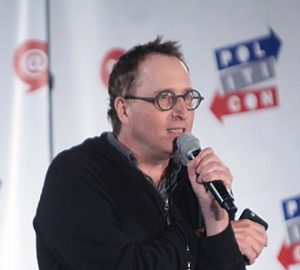 Recently a colleague, George Bijak, sent me the following TEDx talk by Jon Ronson.  I blogged about Ronson and his terrific book back in 2011: The Emotional Intelligence of a Psychopath.

The most interesting part of the talk to me appears just after the 8-minute mark when Ronson estimates the number of psychopaths in the TEDx audience.  According to Ronson, “One in a hundred regular people is a psychopath. Now there’s 1,500 people in this room. So fifteen of you are psychopaths. Although that figure rises to four percent of CEOs and business leaders, so I think there’s a very good chance there’s about 30 or 40 psychopaths in this room. It could be carnage by the end of the night.”

At the end of the talk Jon concludes that we all have some psychopathy in our personality which as a 7MTF devotee is music to my ears.  The 7MTF defines one’s temperament as the positions on the spectra of seven mental illnesses: psychopathy, neuroticism, autism, mania, paranoia, OCD and depression. With regard to psychopathy the 7MTF says about 15% of the population are positioned at the higher end of the spectrum.

What sparked this blog was a survey that I received from a LinkedIn contact, Georgia Dobbing who is studying for an MSc in International Management at Teesside University in the UK and I would guess her thesis is going to be on narcissistic leadership.  You can do her quiz here.  I did ask her to the quiz on my website but nothing with her name showed up.  However, looking at her LinkedIn photo there is no question there is a certain degree of self-interest (GoGetter) in her personality.

The first question on her survey was this: 1. Have you personally had an encounter with a leader/manager who possessed narcissistic tendencies? If your answer is yes, please explain this encounter and how this made you feel below.

This caused me to reflect on how many semi-psychopaths I have met in my career.

Four years in London: (2) Flat mates of which who become a self-help guru.  The other became Private Secretary to the Queen.

Two years at London Business School: (3) students two of whom are now worth over 100 million pounds each.  (not me unfortunately)

Seven years working in IT as a salesman and general manager: say around 20.

Six years working in Investment Banking and Stockbroking: This industry is riddled with corporate psychopaths: At least 100.

25 years as a venture capitalist and entrepreneur.  My tag line was 5000 business plans, 50 investments, 25 write-offs.  During those 25 years I probably met over 2,500 entrepreneurs in a minimum of at least a one-hour meeting.  At least one-third had psychopathic tendences.  The three most successful all had similar profiles: high GoGetter, high Engineer, average Regulator, good verbal IQ (very common in prospective entrepreneurs) and high numerical IQ (surprisingly rare).

Since 2007 running Emotional Intelligence Courses as a side-hustle probably around another 30 on workshops and coaching clients.

On reviewing my list I do think that 15% of the population is much closer to the mark.  This is the result of around 80,000 people who have done the PEQAS.  One thing I do know that answering the first question could take me a year.

This blog was first posted on LinkedIn on 16 November 2020.