The Emotional Intelligence of Type versus Trait 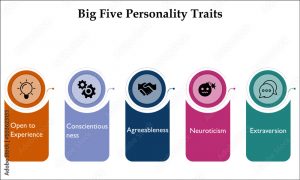 I have never forgotten the opening lines of my first lecture at Cambridge which was in Experimental Psychology (part of the Natural Sciences Tripos) in 1964.

“Welcome to Cambridge.  At the other place they produce Prime Ministers, here we produce Nobel Prize winners.  Cambridge is the citadel of Empiricism & Scepticism.  Here Experiment & Observation trump Innate Ideas & Traditions.  Astrology is a quack science, Freud was a quack, Jung was an even bigger one.  If you want to understand real science in psychology read Miller’s paper The Magical Number 7 ± 2.”

As an alumnus of Cambridge I receive the CAM Magazine three times a year and the most recent edition (Easter Term #96) contains a brilliant article by Dr David Stillwell who is Academic Director of the Psychometrics Centre and Professor of Computational Social Science at Cambridge University..

This idea must die: Personality type tests are a good indicator of performance potential

This idea must die is a regular feature in the magazine where the author skewers yet another popular belief using the same principles as enunciated in my first lecture.

In this article Stillwell skewers Type based personality tests such Myers-Briggs and DISC.  I have to say in this era of political correctness and universities becoming increasingly woke it was most refreshing to see at least one part of Cambridge keeping the faith.  (As a prime example of wokeness in Cambridge read this BBC article about Jesus College and the Rustat Memorial https://www.bbc.com/news/uk-england-cambridgeshire-60848544)

Stillwell begins by pointing out that Type Based Personality Tests have two roles:

The first point he makes in his demolition is that type-focused test might measure is introversion versus extroversion. So you answer the questions and if you turn out to be 51 per cent extrovert, then you go in the Extrovert box. But you might answer the questions the next day feeling more subdued, and get 49 per cent. And then you go in the Introvert box.  This describes me to a T.  Half the time I do an MBTI I am an E and the other half I am an I.  If you consider extraversion as a trait that is Normally distributed then 67% of the population cluster around the mean.  They are Ambiverts,

The next point Stillwell makes it’s impossible to construct questions that actually measure these personality types, because they don’t exist.  In contrast, models of personality based on traits, like the Big Five, are data-driven. These tests have been proven to predict performance about as accurately as a job interview. Furthermore, because the questions have been constructed to only test personality traits, they minimise the unconscious biases, such as racism or sexism, that job interviewers may have.

So if you are going to use a personality model to improve your performance (and you certainly should) use one that is trait-based.  Such a system is 7MTF.  It is the secret to lifting your emotional intelligence.  If you want to quickly lift your EQ consider doing my practical emotional intelligence courses.  Do the basic 7MTF course for an investment of A$25 and 5 hours of your time and you will dramatically increase your EQ competency in days and your performance potential.

This blog was first posted on LinkedIn on 4 November 2022