Theatre Review – Death of a Salesman 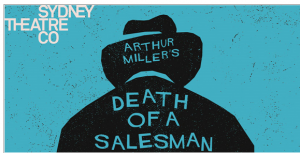 In the third and final part of The Humm Handbook: Lifting Your Level of Emotional Intelligence I make use of an idea developed by my tutor at the London Business School, Charles Handy.  Charles thought that the problem with most MBA business case studies is that they dated very quickly.  Instead, he organised an MBA elective studying the leadership lessons from the great plays of the Western Canon.  It was one of the best courses that I ever did.

So in the book as a homage to Charles, I discuss five case studies: Antigone, Julius Caesar, Hamlet, King Lear and Death of a Salesman. After a plot summary, the main characters in the play are analysed using the Humm technology. Did they succeed or fail and if so, how and why? What were the flaw in their temperament? The book then looks at the key decisions made in each play and what it reveals about the emotional drivers of the various characters. Finally, each case study concludes by drawing some business lessons from the characters and the play.

When one of these five plays is being performed in Sydney I usually take the opportunity to go along and see the production.  Two nights ago I went to the new Sydney Theatre Company production of Death of a Salesman by Arthur Miller now widely regarded as a modern classic that was first performed 70 years ago.

There are two possible interpretations of the play.  The program supplied with this play asserts that as capitalism swelled in the 20th century, systems of power created delusions of an American Dream that triumphed over others.  It was the dark and crumbling world that was created by capitalism that destroyed the Loman family.  Now in 2021 the play is remarkably prescient: our world is crumbling with social collision driven by Black Lives Matter, the bushfires of 2019/20 caused by climate change and now the COVID-19 pandemic that is destroying us.

The other interpretation is simpler: The play is about Willy Loman, who fails as a result of tragic decision.  He is temperamentally and intellectually suited to being a carpenter but chooses instead to become a salesman and the flaws in his temperament, in particular a lack of emotional management and empathy, lead him in believing in an American Dream that is unrealistic and impractical and initially convincing his family.  It is a tragedy when people choose a career path to which they are temperamentally unsuited.

I must confess I fall in the latter camp.  Capitalism has proven again and again that it is the best system for creating wealth yet invented by man.  Churchill summed up the situation perfectly: “The inherent vice of capitalism is the unequal sharing of blessings; the inherent virtue of socialism is the equal sharing of miseries.”  And that is what happens in this play.  Willy’s brother strikes it rich in Africa.  Charley, Willy’s only male friend, is a successful business person.  Bernard, Charley’s son, gets a law degree, is married with a son, and is arguing a case in the US Supreme Court.  Happy, Willy’s younger son, is actually achieving his dreams.  Linda ends up freed from Willy and owning the house and hopefully a $20,000 insurance payout.  Her loyalty to Willy actually pays off.

What really resonated with me this time is how Willy kept exaggerating every situation and not keeping in touch with reality.  In the current world of social media I am amazed how many people over-elaborate their situation and produce posts and tweets sounding like Willy Loman.  For example, people no longer claim to be a salesperson; instead they are “business growth specialists”.  And how many “social media gurus and influencers” are out there in cyberspace?

The is an e-book available of my analysis: The Emotional Intelligence of Death of a Salesman

This blog was first published on LinkedIn on 11 December 2021.