More on the Emotional Intelligence of Corporate Psychopaths 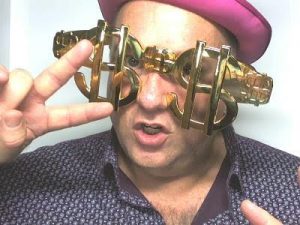 As my followers will know one of the great strengths of the 7MTF/Humm model compared to MBTI, DISC and NLP is that it explicitly deals with corporate psychopaths (known as GoGetter/Hustlers). The only other model that I know that does this is the HEXACO.

Recently there have been several interesting articles about our special friends. Here’s How Good Liars Get Away With It had some interesting results. Previous research has suggested that most people tell one to two lies per day, the results in this study paint a different picture: that a small number of “prolific liars” are responsible for most of this figure. In fact, 39% of participants reported telling no lies at all, and just six of the 194 participants were responsible for a whopping 40% of all lies. Of those who classified themselves as “poor liars”, 70% were female compared to 30% men; conversely, 62.7% of those who believed they were “good liars” were men compared to 27.3% female. This confirms my own work that the majority of people reporting they have an above average GoGetter/Hustler are men.

Sexist Ideologies May Help Cultivate The “Dark Triad” Of Personality Traits is another thought-provoking article. I totally disagree with it. I believe the amount that the amount of GoGetter/Hustler in person’s temperament is genetically determined by where you are positioned in the psychopath spectrum. Yes, nurture plays a role. One of the tropes I use in my workshops is that if you have high GoGetter/Hustler and are raised in a poor environment and dysfunctional family there is a good chance you will be a criminal. However if you are raised is rich environment, get a great education and have a good upbringing so your Regulator/Normal becomes stronger you will become President of the United States. As the reviewer states the causality proposed in the study can be in the reverse direction.

How can we tell natural liars from pathological liars and psychopaths? is from the Paul Ekman Group. Again I differ. I believe it depends on the combination of GoGetter/Hustler and Regulator/Normal. If both are low you have someone with a lack of ethics and a propensity to lie – whether they are good at it depends on their IQ. If both are above average you generally have someone who is successful (how successful depends on IQ among other factors) and is flexible with the truth.

With regard to Ekman’s beliefs about micro-expressions I must say I side with Lisa Feldman-Barrett.

Finally a shout out and thanks to George-Bijak who sent me the image used in this blog.

This article was originally published on LinkedIn in 21 February 2020.