The Validity of the VARK. 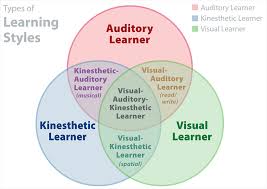 We were having a coffee at one of my favourite locations, the Balmoral Boatshed. I was describing the 7MTF/Humm the other person who had earlier told me he was 50 years old. Halfway through my description, he suddenly said that it sounds like the VARK learning styles model which he learned when he was training to be a teacher some 30 years ago. I have never heard of the VARK so started researching it when I returned home.

The VARK was invented by Neil Fleming in 1987. Anyone familiar with NLP and looking at the VARK diagram would recognise how the VARK is based on the NLP model. It incorporates the VAK (Visual, Auditory and Kinaesthetic) model of NLP and adds a 4th learning style of Reading/Writing.

Supposedly over 96% of British teachers believe in in “Learning styles” so it is no surprise that my coffee partner also believed in the model. Unfortunately, there can be few ideas that have created such a stark disconnect between the experts on the ground and the evidence published in scholarly journals. Endorsed by the overwhelming majority of teachers, yet dismissed by most psychologists and educational neuroscientists as a “neuromyth”, the basis of learning styles is that people learn better when taught via their preferred learning modality, usually (but not always) described as either visual, auditory, read-write or kinaesthetic.

The VARK model is that it depends on teachers identifying the dominant learning mode of the pupil and then tailoring their material appropriately. However as this recent study demonstrates there was not a statistically significant correlation between the teachers’ judgments of their pupils’ favoured learning style and the pupils’ own declaration of their preference. “We posit that identifying preferred learning style can be a hit-and-miss process, with no agreement between the assessment made by teachers and students,” the researchers said.

This blog was first published on LinkedIn on 25 August 2019